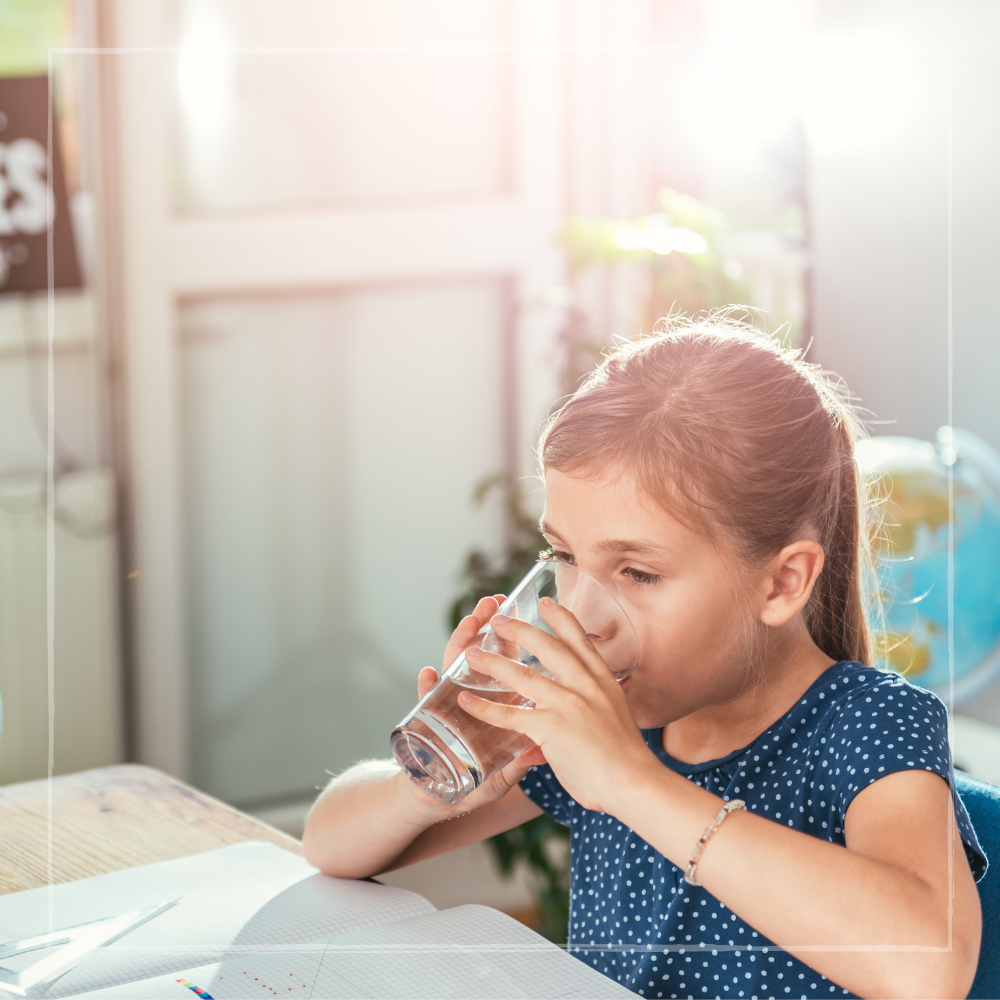 ''Concentrate!'' – It is a word we hear almost every day throughout school, college and university, and even by our parents. So we should all be able to do it easily, right? Wrong!! When our bodies and minds are deprived of vital components necessary for normal human function, concentration can be near impossible.

So how does water play a part? Interestingly, in stark contrast to its verb counterpart, a concentrate (noun) is described as a substance made by removing or reducing the diluting agent; a concentrated form of something; the more water removed, the more of a concentrated liquid the mix becomes. Perhaps we can learn from this notion – our brains are the substance, and they can be made better or worse by the adding or taking away of the diluting agent, i.e. water.

A lack of ability to focus, increased fatigue, sleep issues and headaches are all intrinsically linked to reduced intake of water.

Our bodies are made up of 55% - 65% water, and most of this difference depends on your gender. Water maintains unrivalled importance in human bodily functions, including;

• It is the first component of new cell building in the brain, skin, organs and muscles.

• The body uses water in temperature regulation and plays a role in the amount we perspire.

• It acts as a shock absorber in the brain and spinal cord.

• It assists in waste production and excretion.

• Even more significant, however, is the dependency on water that our brains have. Our brain cells operate normally when they have the proper amounts of water and various other elements they need (namely oxygen and glucose). The human brain is a staggering 75% water, but surprisingly it has no ability to store any of the water it uses. As such, brains require a constant flow of liquid to carry out every conscious function, including short-term and long-term memory retention. So, if we deprive our brains of water, our cells cannot function, which in turn affects the brain’s ability to maintain concentration.

• The link between water and cognitive performance has been the central point of research for a number of years. A recent study by the University of East London and the University of Westminster found that drinking just 300ml of water can boost attention by up to 25%.

Brain performance aside, drinking plenty of water on a regular basis has also been proven to help us maintain a good state of mental health and wellbeing. And quite simply, the happier we are, the better time we’ll have at university/school etc. and the more likely we are to enjoy our studies.

When we’re feeling stressed, our brains are in an almost constant state of heightened emotion, and we’re more prone to developing anxiety. But consuming more water could help battle off those nasty anxious feelings. For example, a constant generous supply of water will help our brains properly regulate the production of cortisol, which is the hormone released when we're under threat and which makes us feel stressed.

Only good results can be achieved by adequate water intake, so take your favourite bottle, fill it with pure Veluda water and don't leave it out throughout the day!